How we live affects our descendants‘ genes, epigenetics shows 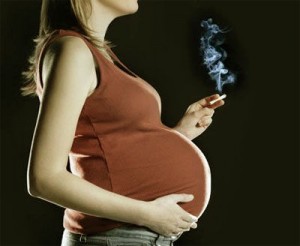 Is smoking a sin? The First Commandment of the Bible states: „For I, the Lord your God, am a jealous God, visiting the iniquity of the fathers on the children to the third and fourth generations of those who hate me … “ Should we be cursed because of the sins of our forefathers until the third and fourth generations? Overeating, smoking, alcohol abuse … the Holy Bible seems to be right according to new findings in biology.

We call the new field of science epigenetics. It turns out that our „fate“ is not only in our genes. Our environment can play a bit part in influencing the fate of future generations, both negatively and positively. Both fathers and mothers are responsible for the health of the following generations. How is this possible? Epigenetics refers to the additional regulation of gene expression by the chemical modification of DNA or of the histones (proteins in which DNA is usually packed).

Research has found that this modification can mean the addition of different chemical groups to either the DNA or to the histones. These chemical groups have different effects. Some can switch off genes, while others can switch them on. Why is this? A liver cell, for example, needs very different proteins to a skin cell. But both have the same complete DNA information available. This means the cells have to switch genes on and off for normal functioning.

The exciting scientific news is this: such switches might be transmitted down through the generations. The idea that acquired characteristics can be inherited at all is still a novel one. A worrying example has been published recently by Virender Rehan of the Los Angeles Biomedical Research Institute in BioMed Central, a medical journal.Asthma is a worldwide major public health challenge. About 25 million people in the United States alone suffer from the lifelong effects: breathlessness, wheezing, tightness in the chest and coughing.

From 2001 to 2009, the number of people in the US diagnosed with asthma grew by a scary 4.3 million. One in 10 children and one in 12 adults suffer from it. Exposure to nicotine in the womb affects the fetal lung development, giving the child a predisposition to asthma. Now we learn that these alterations in the structure and function of the lungs caused by nicotine exposure during pregnancy can be passed from one generation to the next and even further. Rats have similar physiology to humans and so Dr Rehan and his team injected female lab rats, that were six days pregnant (a rat’s total term is only 22 days), with nicotine. They then raised the pups to three weeks of age and examined them. They found that the pups had asthmatic lungs. Those rats which survived were allowed to mature and breed so their offspring could be studied.

Here’s the surprise. The team did similar tests on the grand-offspring and got similar results: asthmatic pups that have never been exposed to nicotine. The cause of the grand-offsprings‘ asthma is clearly an epigenetic modification.Epigenetics really might act like the biblical curse: the sins of the parents will be visited on the children, even unto the third and fourth generations.